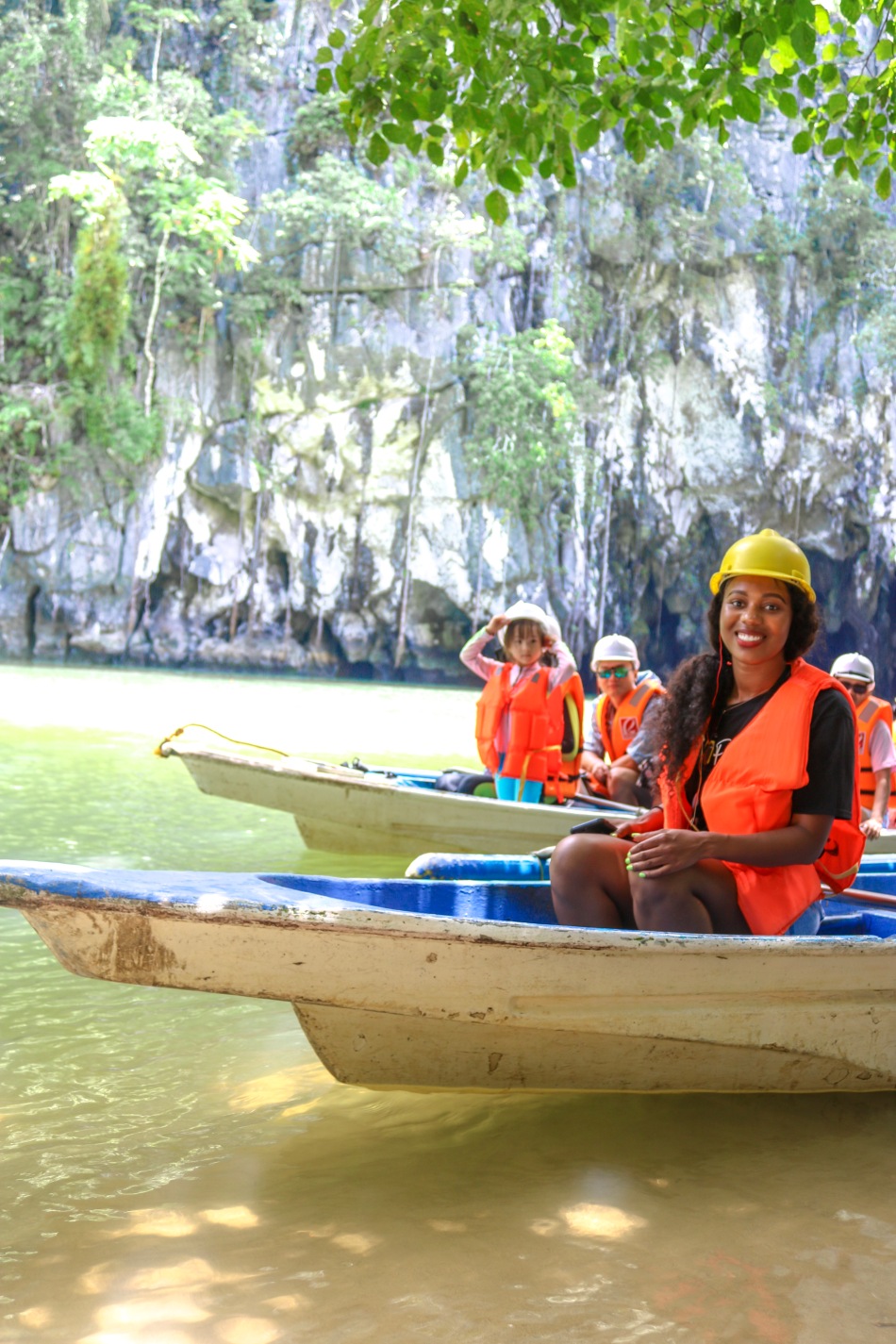 Recently listed as a 7th wonder of the world and one of the most awe inspiring experiences I have had to date.

Woke up at 6:45 after biting my snooze button 6 times. I had a few long islands the night before and was groggy but was prompted out of bed by the Resort’s buffet breakfast! #teamhungry #slimthick

I was dressing and trying to straighten up so that room service wouldn’t judge me and while picking up my clothes off the floor, something scurried away. Now I thought “okay, was it a roach?”

Nah…It was a tiny pigmy lizard that slid under the door so quick I didn’t even have time to scream in terror. I rushed through breakfast and hopped on my bus with 7 other people.

I’m usually hesitant about doing group tours because you never know who you’ll be linked with for the majority of the day. And yes if you were wondering I consider myself an introvert. UsuallyI’m not one to speak first but whats more uncomfortable than speaking…

Enduring several minutes of awkward silence with someone who keeps trying to catch quick glances of you. So!

I turned to the Asian guy next to me and gleefully said “hi” only to be met with a blank stare, so I tried the next best thing I knew…

“Do you speak Chinese?

Yes! Yes! He did and then the other four passengers and I engaged in a fun conversation about what I did, where I was from and how my “Chinese “ was so good.

Personally I think it’s crap and I’m ashamed to say that after 3 years in mainland China have not taken any classes.

But they loved it and it led to me being a translator in return for awesome pictures they candidly caught of me on their iPhone X.

After making a few scenic stops we arrived at Sabang Beach around 10am to a menagerie of locals and vendors and groups of tourist. Of course I respect how people around the world get their hustle on but I absolutely hate overly demanding people in general. Luckily for me the locals selling their jewelry and whatever else weren’t pushy at all. We actually engaged in pleasant conversation and was invited to play basketball while we waited for a boat to take us across the bay.

Chilling out, relaxin’ , sipping on…

I thought the beach we initially arrived at was beautiful but it didn’t compare to the one we landed on. After what seemed like 15 minutes of gliding across the waves, large stones walls rose up around me. The boat was dragged partially to shore and a small ladder was opened.

Anytime I get to a beach I like to imagine myself as a pirate or shipwrecked, sun kissed and lightly sprayed with salt water.

While everyone modestly took the hand of our boat driver and stepped down the ladder, I snatch off my sandals and hopped straight into the water that came up close to my knees.

Maybe it’s because I had t been to a beach in almost a year but the sand was powdery and soft and just melted between my toes. Tiny sand crabs, the same off white color as the sand darted across and boatmen lounged around under the shade of the trees.

Guys, It was literally the most beautiful beach I had been on, even with the numerous boats lounging near the shore, it was so pure and tranquil. But nothing gold can last huh…

My guide waved me over to do a short 2 minutes trek under a canopy of trees. Sometimes there are even Macau monkeys swinging through them but not in the day we went. And I was okay with that because after a monkey stole my food in Thailand I’m not particularly a fan of our primate relatives.

After being in a lot of boats since landing in Palawan, I rushed to the front to have an unobscured view of the underground cave and I was not disappointed.

So in other words please STFU😂

We had one boatman steer us into the caves a few feet behind another boat that swiftly disappeared into the darkness and all we could hear was the constant dripping of water from all around and bats using that good old echo location (which I had to remind myself was completely necessary so they wouldn’t fly into my head…and yes they were flying).

I was in awe the entire 45 minutes in the cave to be surrounded by one of mother nature’s oldest creations. At one point our boat guy turned off his head light and allowed the cave to embraced all of us in complete darkness. As we went further and further into the cave I just imagined Syfy inspired scenarios such as being trapped. I also built up great respect for the soccer coach in the not so fictional predicament in Thailand a few months ago in which he and his entire team of minors became trapped in a deep cave.

The fact that they survived in such a damp and dark environment, wow guys. Honestly I wouldn’t have made it if we’re being real.

As we were making our way to the front and sunlight started to break through I felt an immense sense of gratitude sweep over me as I had time to truly reflect on what a blessing it is to travel.

Now a days, many destinations get closed off due the the utter chaos tourist amase on the natural environment just to procure a hashtag.

The underground river cave was still so pure and untouched by pollution thanks to #sustainabletourism.

I hate to think that one day if I ever return, instead of sand like powder I’ll find a beach with broken bottles and trash. I’d love to keep this gem of a location a secret but tourism is also a big factor in maintaining the cave for years to come.

The tour only took us 2km into the cave of the estimated 8km, as geologist and other scientists have yet to finish exploring the deepest depths of the cave that’s been around since before dinosaurs. It really puts in perspective how small you are in this world. It was such a humbling experience.

We were fed a buffet lunch and was warned by posted signs everywhere not to waste your food or you’ll have to pay a fine of 200 PHP (Phillipines’ Piso). And not I’m not going to post the conversion on purpose. Some of ya’ll like to think if something is cheap enough in USD that it’s okay to keep calm and carry on. Personally, I remeber nights having to sit at the table for hours because I absolutely refused to eat was on my plate. The record for chicken foot soup was 6 hours…at the cold and lonely table. Maybe I’m traumatized?

The only thing I didn’t manage to eat was a meat skewer. I thought the guy in the grill had said LAMB. Turns out it was CLAM🤦🏾‍♀️.

Overall I’d rate the tour a 5 out of 5. I’m not sure if the underground river cave is a place you can show up to solo dolo but for this experience I’d recommend a guide as getting organized into a boat can be a little hectic. It was nice being able to just wait the 30 minutes and take in the sun and scenery.

I experienced one of the 7th natural wonders of the world and I can say out of all the places I’ve been, this trip meant the most to me thus far.

Its About The Journey